AMLD5 to Force Unclean Bitcoin Owners out of the Crypto World

Nothing is easy with the Bitcoin status. On the one hand, it’s a commonly-accepted payment instrument in the US, Japan, and Germany. On the other hand, Russia and some other nations still consider cryptocurrencies kind of soil for illegal transactions.

However, imputations against Bitcoin are quite substantiated. In fact, transaction transparency is not only an advantage of the Bitcoin blockchain but an effective way to track the path of suspicious coins from address to address.

As a result, customers don’t even know that, by cashing out tainted crypto, they become witnesses if not particularly companions in crime. 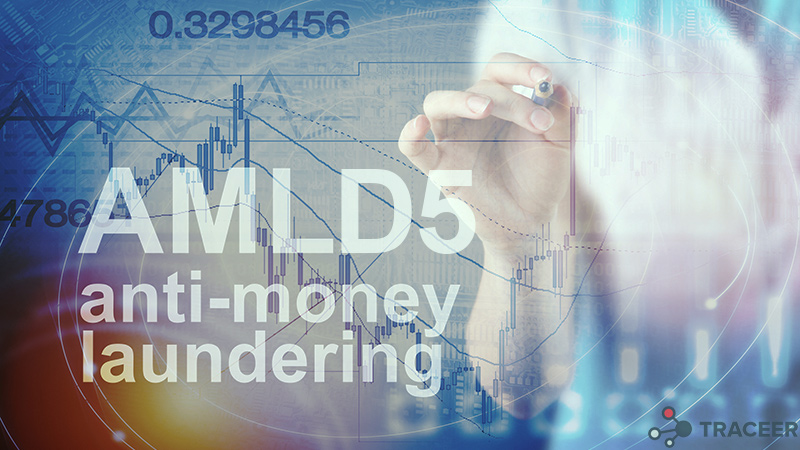 Black market dealers exploit bitcoins in illegal transactions related to human trafficking, selling drugs, weapons, precious metals, and pirate goods. This cryptocurrency is the most favourite tool among those involved in blackmailing and thefts. Having come through the chain of criminal actions, those coins enter the common market.

There are address blacklists where illegal bitcoins primarily get. After that, further addresses through which coins travel are easily trackable. This is how cryptocurrency becomes an outlaw while financial crime authorities view the crypto market as a big money-laundering machine.

Nevertheless, one cannot fully disable the crypto system. Specifically, Bitcoin has already found a lodgement in the global economy and all lawmakers can do is design procedures and practices for proper use of this instrument. Otherwise, institutional investors won’t enter the battle while respected committees (e.g. CFTC in the US) will never allow ETF.

The AML organisation particularly concerned with the issues related to legitimacy of Bitcoin is FATF. Sooner or later, every person having some bitcoins at hand will possibly face a problem of the legality of their digital funds.

Speaking of, suspicious BTC sources represent one of the possible reasons why user accounts are blocked on exchanges requiring verification (at least accounts of traders opening bitcoin deposits).

AMDL5 for the EU and more

The new stage of the crypto market control will start on 10 January 2020 with the introduction of AMLD5 or the Fifth Directive of the EU developed with respect to cryptocurrencies. Generally, the main purpose of the initiative adopted by the European Commission, European Parliament, Council of the EU, and FATF is anti-money laundering and combating terrorism.

For the first time in history, virtual assets were legally defined as a digital value that can be stored, transferred, or sold, despite cryptocurrencies are still not recognised as a legitimate medium of exchange in some countries.

All cryptocurrency-handling platforms — exchanges, exchangers, wallets — have to be compliant with AML and KYC standards, namely they are required to:

Every person reporting a money-laundering event to state authorities is guaranteed anonymity.

Such procedures as Know Your Customer and Know Your Transactions will be the key horsemen of AMLD5.

KYC is an initiative of identifying customers that use the provider’s services and confirm the legality of their funds. However, KYC can only ensures “instant” confirmation of the legality of funds at a time.

This shortcoming is to be covered by KYT that will help divide all BTC transactions into legitimate and illegitimate. Only few developer companies work on transaction tracking software but they currently serve the entire B2B segment. Our service traceer.co is open to everyone including individuals.

Let’s bottom-line all this

The upcoming changes will concern EU states, from which the UK stands against the Fifth Directive. However, BTC holders will not be held liable for handling illegitimate funds in countries that still do not recognise cryptocurrencies.

As the trailblazers in the B2C segment, we hope more bitcoin transaction verification services will emerge to make the market even more transparent and let people know the sources of bitcoins and altcoins.