Hydra’s ICO May Be Dangerous to Investors

Disclaimer. The Traceer website does not advertise the ICO described in the below text or encourage to take part in it, and is not related to the marketplace mentioned.

Darknet marketplace Hydra announced the fundraising campaign through an ICO. This was a total surprise to the crypto community as for the first time in history an illegal project has a shot at a token sale. To this end, successful distribution of Hydra tokens will entangle the introduction of dirty cryptocurrencies involved in trading illicit goods. This will disrupt digital money’s reputation and result in implementing stricter AML regulations. Licensed exchanges and exchange services will never take the risk so chances are mandatory KYC and KYT procedures will be set forth everywhere in the market. Moreover, the law enforcement authorities will keep an eye on the investors who will offend against the law if they try to finance that darknet market. 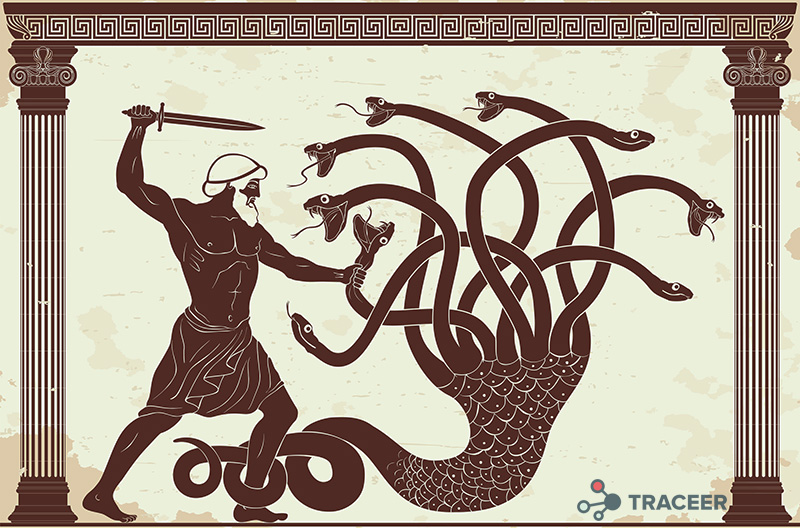 Hydra’s ICO: what you need to know

Hydra is a marketplace founded in 2015 and acting as an intermediary between the sellers and buyers who need to purchase off-the-law products (drugs, weapons, bank data) and services (counterfeit, hacking, attacks). Currently counts 3 million registered users which makes it the CIS’ largest darkside Internet service.

On 11 December 2019, potential investors got to know about Hydra’s upcoming ICO. Terms and benefits are described in the Investment Memorandum published on the marketplace’s website. The document prescribed that the 49-percent share will be distributed between the investors; which means anyone can get themselves a share and rejoice at deriving dividend profit. As expected, 1,470,000 Hydra tokens will be created, each worth $100.

The marketplace is going to use the investments to expand its capabilities, enter the global market (to date, Hydra works in Russia, Kazakhstan, Armenia, Ukraine, Moldova, and Uzbekistan), and create anonymous network AspaNET (a quality alternative to Tor). The launch is scheduled for 1 September 2020.

Should one fund the project by investing in the ICO? Let’s think over the possible outcomes:

In the first case, investors may say goodbye to every penny they are going to devote; moreover, they won’t be able to resort to law. In the second case, they won’t delight for too long as it will be way more difficult to use crypto in the long term. Finally, in the third case, not only the investors will lose cryptocurrency, but they will be also held legally liable for financing drug trade and terrorism.

How ICO participants are identified

It’s not a big deal to find out the participants of Hydra’s ICO. Despite the positioning, tokens are not an anonymous mode of payment. In fact, they are pseudonymous as they produce an illusion of security and invulnerability. The coins the investors will send to the project during the token sale will leave traces. Hydra itself will not be able to launder the acquired bitcoins or ethers (we mention these currencies as the project is most likely to raise liquid and easy-to-sell-further coins). Mixer services and online casinos will not launder public coins, which means they will return to the market with a stain on their image. Eventually, the authorities will easily tear open the chain of illegal transactions.

What will also face obstacles is further reselling of Hydra tokens. While there is no chance to list them on major exchanges, exchanging them for another cryptocurrency — that will have to be somehow withdrawn later — will be risky. Almost all the largest exchanges cooperate with financial services and will, at the request of the latter, immediately disclose data and IP/MAC addresses of suspicious customers (provided that their real names had been specified, identity verification had been conducted, and document copies had been attached). The most widespread enforcement practices include account blocking, balance freezing, and withdrawal bans.

Security services can refer to lots of major achievements. For two years, some of the major international darknet markets have been shut down, including Wall Street Market, AlphaBay, and Hansa.

How to go round a puddle

The first-ever case when an ICO is going to be carried out by a black-market project may become a catastrophe both for its investors and other cryptocurrency users. No doubts that such a call will spark interest from security services, regulators, and analytical companies that track — with the help of advanced API and transaction de-anonymisation techniques — up to 90% of all crypto transactions.

To bottomline all that, you’d better keep away from funding criminal endeavours. Just look at the market, there are lots of decent and reliable projects over there! Also, remember about the risk of getting stained cryptocurrency from small exchange services or unknown individuals. Only resort to licensed exchanges and play fair. After all, to protect yourself from someone’s dishonourable activities, verify bitcoin sources with Traceer.